My dad was a year old in 1945, so it's not quite true that he went his life without seeing the Cubs in the World Series, but I feel confident in saying that he didn't remember it.  And of course, the Cubs rather famously didn't get it done that year.

Throughout my relationship with my dad, baseball was the constant.  When we first moved to Pennsylvania, Dad got a Sunday season ticket package for a few years, which ended up including trips to the NLCS and World Series in 1983.  When I was a teenager, we usually stayed closer to home, going to dozens of Reading Phillies games each summer.  And the last trip I ever took with my dad and my brother was a long baseball weekend out to Cleveland and Pittsburgh.

When we found out he was sick, we were literally days away from leaving for a family reunion and trip to Wrigley, which obviously we ended up missing.  I've always secretly wished he'd been able to wait to get his diagnosis, just so we could have one last memory.  But it wasn't to be.

I know I'm only one of many sons that are thinking of their fathers today, who weren't here to see the Cubs finally win the World Series. I honestly don't know what he would have made of it; he was never a demonstrative person, and between you and me I think he was more of a Phillies fan for the last few years of his life, having watched the core of those great recent Phillies teams develop in Reading.  But I know he would have been happy, and would have loved that game.  More than anything, my dad just liked to watch baseball.  He was just as happy going to Reading as he was going to a Major League park (probably moreso, when you consider the out of pocket costs).  He liked to remind me that he'd sometimes take me to watch slo-pitch softball down the street.  He was never a diehard, because to him the result wasn't what mattered, it was the fun of watching the game. 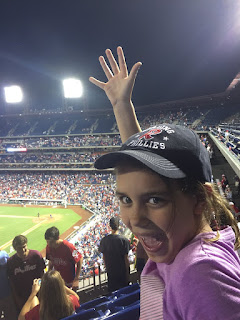 Earlier this year, when it was clear that this could be a special year, I made it a point to go and see the Cubs when they came through Philadelphia.  I took my daughter with me, even though she's not much of a fan, and doesn't pay attention, and can't sit still, and wants something to eat every two innings, and it meant I couldn't keep score, and we'd be leaving before the game is over, and all those other things that probably bugged my dad when I was nine.  But she loved it, wearing the Reading Phillies hat her grandfather got for her at her first ever baseball game years ago.  I hope I can spend the rest of my life telling her that she saw the Cubs the year they finally won the World Series after 108 years.  After all, that's why sports matter.  They bind us together, as family, friends, and community. They give us common ground to relate to one another, even during the hard times.  And they allow us to stay connected, even to loved ones that have long since passed.
Posted by Ken Raining at 11:06 AM No comments:

A few weeks ago, I posted my Parks and Recreations customs.  In talking about these with my Minimate bros, I mentioned that I'd also made (but never shown) customs from Fringe.  Since several people asked to see them, I decided to rectify that:

These guys are all quick customs, so you can easily throw 'em together yourself, though I'm afraid I don't remember the formulas.  Someday, I'd like to make Astrid, and Broyles, and Lincoln Lee, and maybe even the parallel universe team....
Posted by Ken Raining at 7:58 PM No comments: 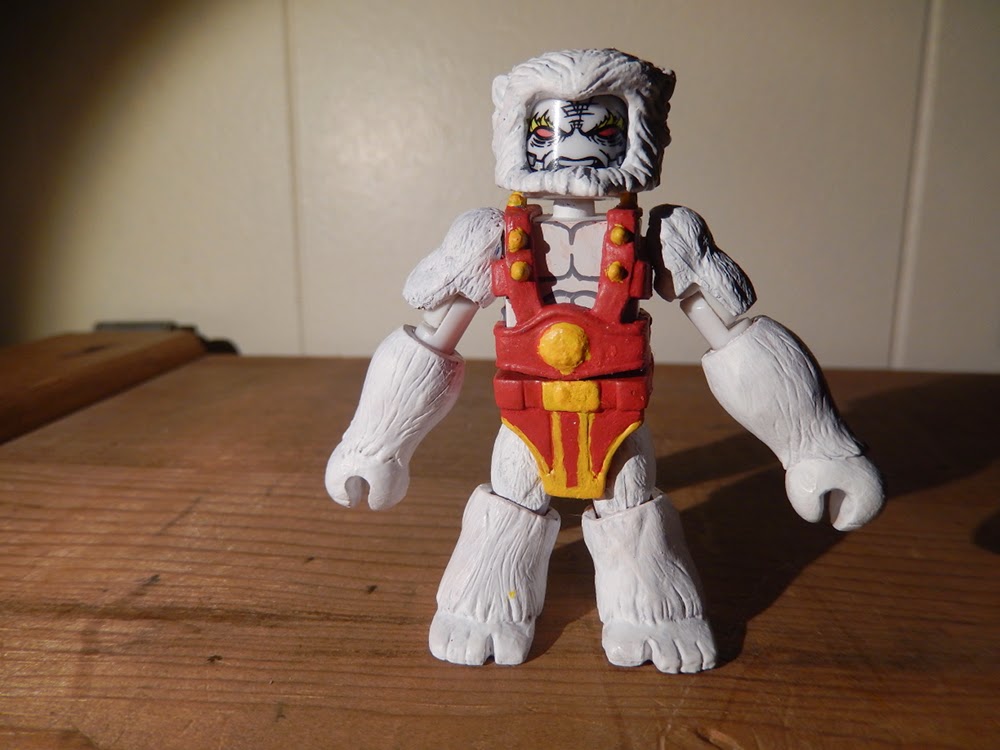 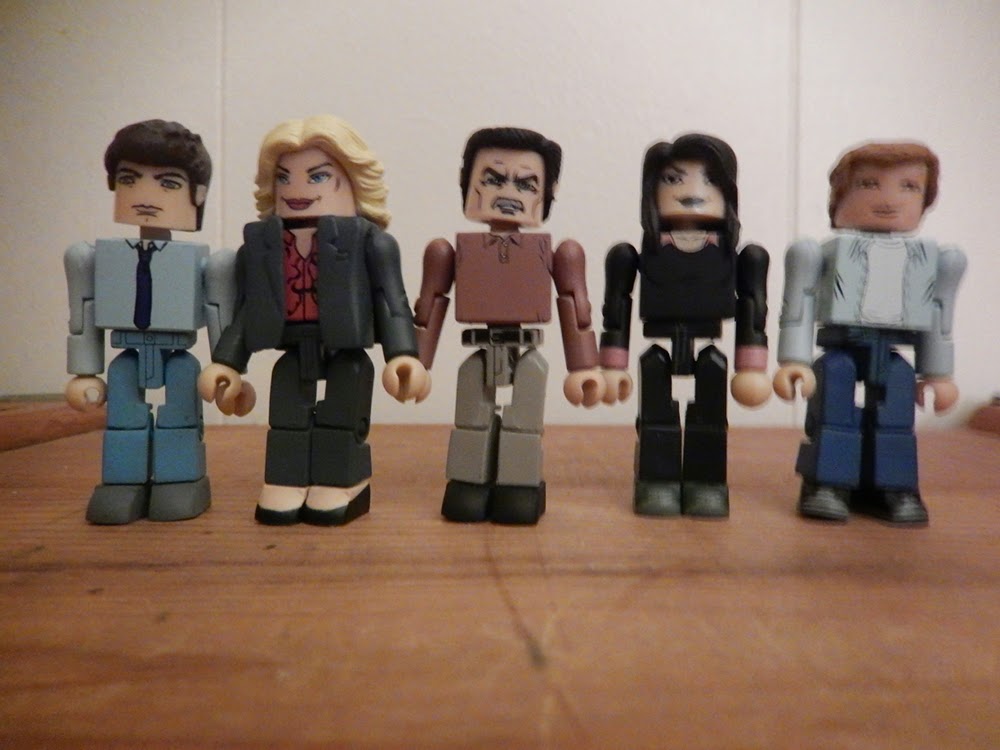 Tonight, one of my all-time favorite shows, Parks & Recreation, begins its' final season.  I think there is no better tribute to this excellent show then to show off my Parks & Rec Minimates!  After the break, you'll see pictures of each individual figure.
Read more »
Posted by Ken Raining at 8:42 PM No comments:

Back again with some more customs!  I see that it's been awhile since I posted any DC customs; seeing as how I primarily make DC customs, that means I have quite a backlog to get through.  So here's some favorites, including some obscure ones that I'm betting only I would make. Such as...

The new Captain America movie has been out for awhile (I still haven't seen it), but the Minimates are just coming out this week.  So I decided this would be a good time to show some of the various Cap-related customs I've made over the years, including one of my very favorites-- Batroc the Leaper!

Last weekend I flew out to Chicago to attend C2E2, and more importantly, to attend the first ever Minimate Multiverse meetup.  It was a really great time.  I didn't really know what to expect, since I'd only ever met one of the guys, but it was the most fun weekend I've had in a long time.  Anyway, I spent much of the weekend mentioning customs that I've made but not shown.  So I decided to rectify that, starting with a big ol' dump of Marvel customs.